5 interesting locations we have filmed in

For a UK-based video, live streaming and events company, we have certainly got around… here is my pick of the most interesting locations we have filmed in…

You might not think that filming in San Francisco is unusual, unless you are a UK-based company that had only ever worked in the UK…

We were filming a 3-day conference for one of our UK customers, one evening we were invited out for dinner with them, and they asked us whether we would be willing to film at the American version in San Francisco

San Francisco is a popular location for filmmakers. The Golden Gate Bridge, the Bay, the steep streets, the smoke seeping out of the drains and the diverse neighbourhoods provide a rich backdrop. We were, however, filming at the Moscone Convention Centre. Not as exciting as the other locations in San Fran. Maybe one day we’ll get to re-visit.

Fun Fact: I learned that the fortune cookie was invented there by a Japanese-American man named Makoto Hagiwara, who is better known for creating the beautiful Japanese Tea Garden in San Francisco’s Golden Gate Park. 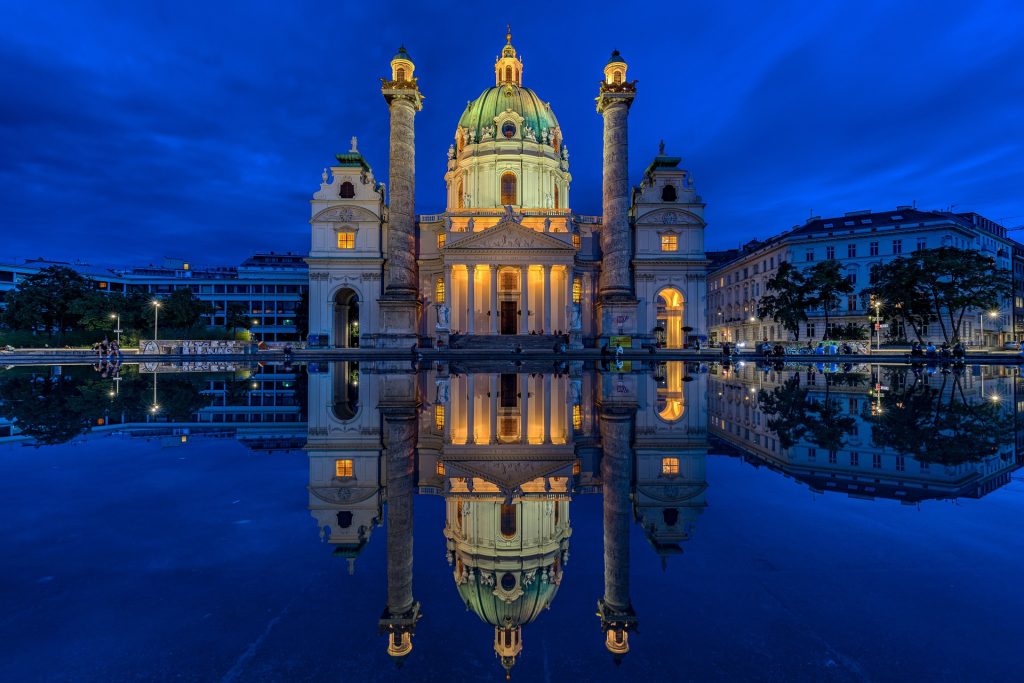 This is number two on our list, where we were asked to cover the European version of the same conference. We decided to drive to this one… top tip, don’t do it! This time we were filming in the Austrian Exhibition Centre (Messe Wien).

Austria is a beautiful city full of beautiful people and the architecture is a feast for the eyes, including the famous St Stephen’s Cathedral, many museums, and the Schönbrunn Palace, just to mention a few. There are a few movies that have been shot in Vienna, with one of the most recent and probably more well-known films being Mission Impossible – Rogue Nation.

Fun Fact: Vienna is often called The City of Music, or the World’s Capital of Music. More famous composers have lived there than in any other city in the world, these include Wolfgang Amadeus Mozart, Ludwig van Beethoven, Joseph Haydn, Franz Schubert, Johann Straus and Johannes Brahms… just a few who have called Vienna home… “Oh Vienna!” 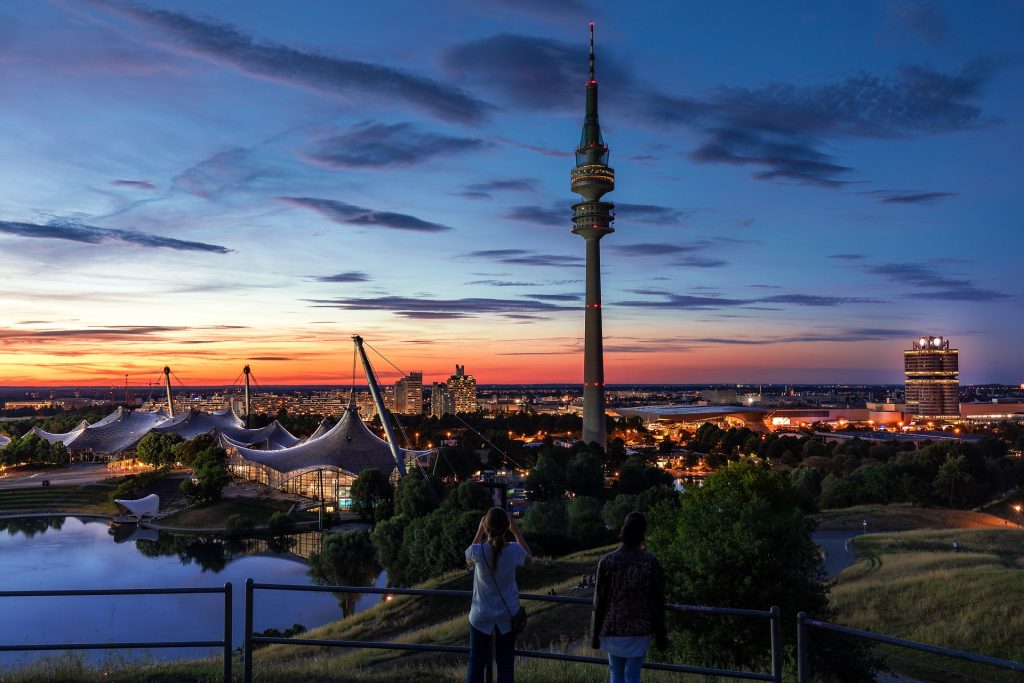 Munich is fun, I love the German people and this city.

Messe München was our filming destination in Munch, with 55,000 m² of exhibition space and a further 7,000 m² of space available in the Congress Centre.

Munich is culture rich and full of beer gardens (over 60) and pubs with micro breweries, it also hosts Oktoberfest, which actually starts in September. Munich has an English Garden at its centre, which has beer tents, restaurants and a nudist area… brrrrr. It has the oldest cinema in the world, which has existed since 1906 and has been open ever since. Munich is also home to the BMW World headquarters.

There have been some classic films either partially or fully shot in Munich, such as; Night of the Zombies, Rollerball, Willy Wonka and the Chocolate Factory or everyone’s favourite… Vier Gegan die Bank (apparently it is a film).

Fun Fact: Have I mentioned beer yet? Beer is actually considered food in Bavaria, I must go now my dinner is ready.

Stockholm is built on 14 islands which are connected by 57 bridges. It’s famed for its iconic City Hall, has the fist open air museum, and if you love Abba, you can visit the Abba museum. It is also the home of furniture chain Ikea.

Our home for filming for the week was Stockholm’s Mässan Congress Centre which welcomes over 1.2 million visitors each year, the water features outside are mesmerizing, I could have watched them for hours. One thing I noticed about Stockholm was its apparent lack of Swedish people, it was a cultural melting pot from across Europe. We did meet a Swedish barmaid though!

There hasn’t been a huge number of well-known films shot in Stockholm, but here are a few; The Girl with the Dragon Tattoo, The Girl who Kicked the Hornets’ Nest and Fanny Hill (nothing to do with the barmaid… I promise).

Fun Fact: During the second half of June, it barely ever gets dark due to being far enough North to catch the midnight sun. 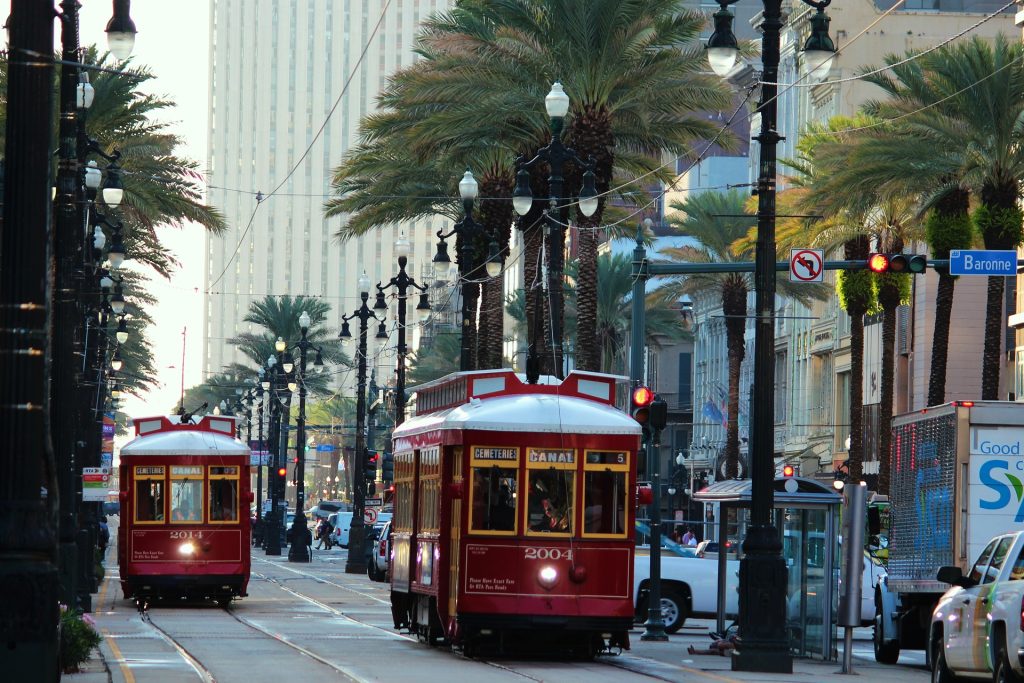 Filming at the Ernest N. Morial Convention Centre, which is at the very centre of the city and situated close to the banks of the Mississippi River. It is named after former Mayor of New Orleans, Ernest Nathan Morial. I never got to work out New Orleans, it’s an odd city to get your head around, but it’s everything I imagined it to be, apart from a strange fascination with voodoo.

New Orleans is also known as the “birthplace of jazz.” Legendary jazz figure Louis Armstrong was famously born here and honed his skills as a young musician in the city’s clubs. New Orleans has a very diverse cultural landscape, one of which is the French Creole, which has a large culinary influence.

A number of well-known movies have been shot here, including; American Horror Story, Coven, The Curious Case of Benjamin Button and Django Unchained, to name a few.

Fun Fact: The film, the character of Tiana from Princess and the Frog was based on New Orleans resident Leah Chase “The Queen of Creole”, co-owner of a local restaurant called Dooky Chase. 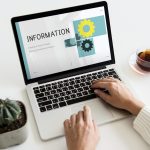